52
Time to assist Colin T Campbell in debunking the critics of "The China Study". Please share any relevant data and especially information you have gathered on those "studies" that attempt to debunk this amazing book!
302 Members

of 9 Next
This reply was deleted. well sort of anyway.this was sent by bryne carruthers who did theHas Denise Minger Read 'The China Study'?here is the text, an apology from Denise to the “Plant-Based Diet Doctor Squad” (Caldwell Esselstyn, John McDougall, Dean Ornish, Neal Barnard, and by some definitions Joel Fuhrman): For the past few years (five? six? seven ate nine?), I’ve asserted that the success of plant-based diets is due to their whole-foodsness (eliminating processed junk, refined sugar, and refined flour), their low… 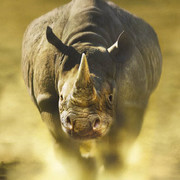 I have created a couple of posts addressing the very serious inaccuracies and flaws in the claims of Denise Minger and the cholesterol skeptics, and have included several hundred references with easily accessible links.http://healthylongevity.blogspot.com/2012/08/forks-over-knives-and-healthy-longevity.html I have already posted this on the forum under ‘The Science’ board, but thought it may also belong here as it also addresses the China Study. Let me know if you have any thoughts on the posts. 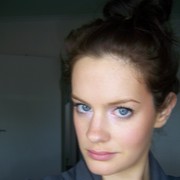 helping others to pick up the book

howdy guys!i have chatted to my dad about this book and recommended it....he has gone as far as buying it but i am hoping that when he gets around to reading it it will inspire him to change his eating habits! It honestly saddens me to think of how little thought or idea he has of the junk he is putting in his body! He is a sugarholic! I dont want to be one of "those" people who pushes their own beliefs on other people....Has any one personally experienced or know of someone who has read this… 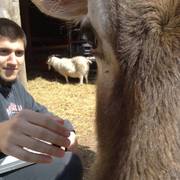 Hey guys! I was having a discussion on a blog of a guy named Elliot Hulse (who has quite a following, btw). He promotes a high protein/fat, animal product diet (Weston Price, Paleo/Primal, redneck, etc...).https://www.youtube.com/watch?v=JFjdBNn6n2M&feature=channel_video_title  https://www.youtube.com/watch?v=C7e_86OvrfQ&feature=channel_video_title ("EAT MEAT" LOL!)The discussion got a lot more in-depth than I intended, but I found it very stimulating nonetheless. I was going to copy and paste…